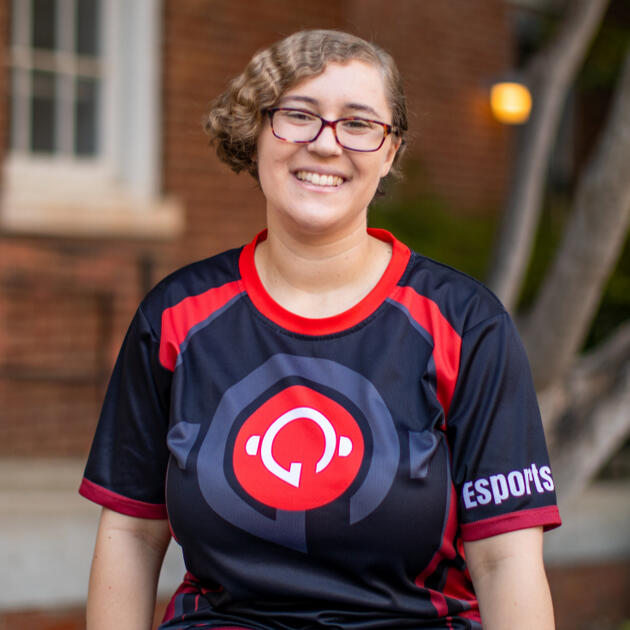 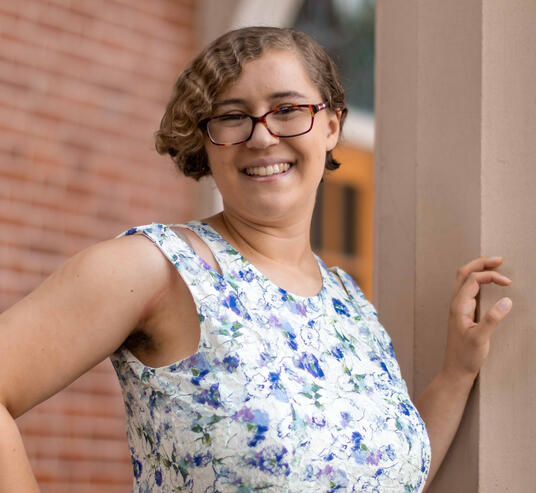 Hi!
I'm Emily Morrow, a video game writer and narrative designer from Atlanta, GA. I specialize in narrative character design and tone flexibility within games. I love working on character-based games and comfy genres. I've shipped an indie game with a small team, and I also have experience in quest and combat mechanic design. I have a BA in English with an emphasis in creative writing from the University of Georgia.

I also have experience in games media and journalism. My writing has been published on websites like Screen Rant, Digital Trends, Dot Esports, CSL Esports, GameSkinny, and more. I've written gaming news, op-eds and features, hands-on previews, and reviews, and I've covered events like E3, The Game Awards, and Nintendo Directs.

Let's get in touch! If you'd like more information or just want to say hello, please email me at [email protected] or send me a DM on Discord at pokeflute#0620. 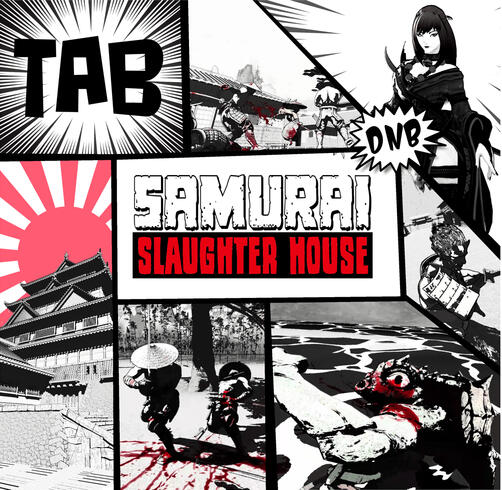 At a glance: Created characters and wrote associated dialogue

Created and designed main and side quests

Samurai Slaughter House is a VR-exclusive action-adventure game. Players step into the shoes of a lone samurai to explore a large open world, collect items, and fight a wide variety of fearsome foes. As the game's narrative designer and writer, I was responsible for character creation and dialogue. Working with existing story beats and assets, I designed and wrote a variety of main story quests and side quests within the game's open world. I also implemented these quests directly into Unity.
Currently in development 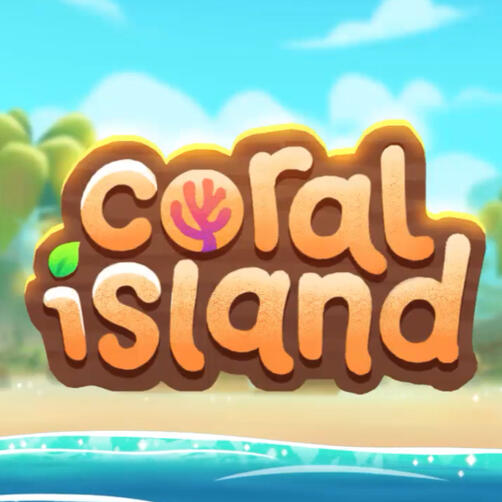 At a glance: Developed and expanded existing characters' personalities and narrative arcs

Coral Island is a new take on the farming sim genre. Developed by Stairway Games, the game raised over $1.6 million USD on Kickstarter by fans eager to run a farm, explore a unique tropical setting, and build relationships with a huge cast of characters. As one of the game's writers, I expanded on existing characters, developing them into rich, nuanced personalities for players to get to know. I wrote dialogue and cutscenes for each character and designed short interactions that correlated with their personalities and situations. To date, I've written roughly 80,000 words in dialogue for the game. 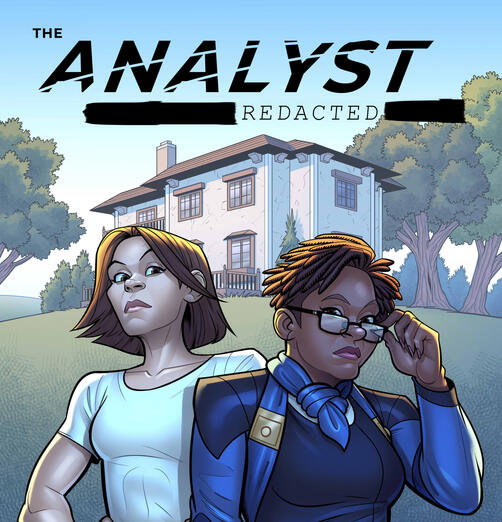 The Analyst: Redacted is a fictional military comic developed in collaboration with Altered Gene Studios. The comic's purpose is to connect the events of a wider multimedia universe. As the author, I received basic character details and plot essentials and expanded them into the story of one military operative. I also worked with the project's artist and director to develop each page's panel layout and adjust the comic's narrative pacing as necessary.

At a glance: Created the game's overall scenario, themes, characters, and lore

Wrote item and ability descriptions, barks, codex information, and over 50,000 words of dialogue

REM Cycles is a roguelike turn-based tactics game with significant narrative content. Inspired by games like Fire Emblem, the story follows ten unique characters who are stuck in a dream and must fight their way out. I developed the plot and characters from scratch - the basic mechanics were already set in stone, but I had a lot of creative freedom. I developed and presented several different narrative settings, arcs, and characters and developed the entire plot together with the designer.

I wrote every word in the game, including the game's text narration, over 50 different three-conversation arcs between every possible combination of characters, barks, item descriptions, and ability descriptions. The game's tone flexes between serious (for the overarching narrative) and silly (for many of the side conversations). Dialogue was written knowing that our project had limited art and animation assets to work with - characters' speech includes enough location markers and action descriptions worked in that they could feasibly stand without any kind of art or backgrounds. I also helped design most of the enemies' and bosses' mechanics.

Programming and design by Danny Spencer, logo and art by Sarah Boeving, music and sound by Felix Arifin 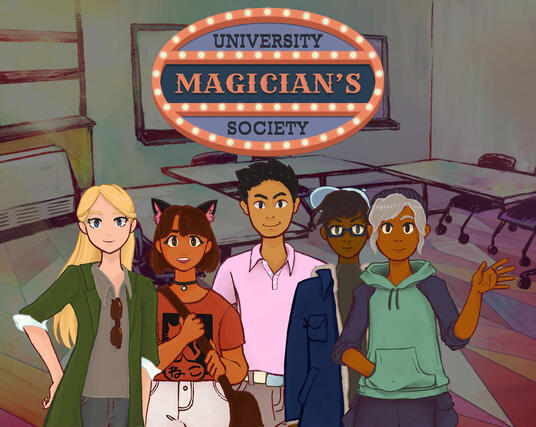 At a glance: Took charge of two different characters, writing a six-conversation arc for each of them while sticking to their established personality traits and existing main dialogue

Wrote marketing materials for the game, including a series of interviews and character biographies for Kickstarter

University Magician's Society is a subversive visual novel that takes inspiration from titles like Doki Doki Literature Club. The player assumes the role of the president of a school's magic club and must handle all the personality management and mystery that comes along with it.

Besides witnessing the main story dialogue, the player can have one-on-one side conversations with each NPC. I wrote these side conversations for two of the game's five NPCs and assisted with the development of a third. Conversations allow the player to choose from a few dialogue options, which either gain or lose them favor with the NPC in question. The characters' main story dialogue was already finished when I joined the team, so it was my job to stay in character and develop realistic scenarios and side dialogue for my assigned characters.

In addition to writing character arcs and dialogue, I also assisted with the game's marketing writing. I wrote a series of interviews with the development team and character bios for the characters I wrote, which will eventually be featured as Kickstarter updates. 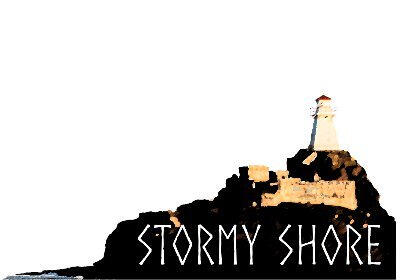 Unfortunately, I can't say much about this project. I worked briefly with a small team to develop a story bible, brainstorm characters, and organize research.

I have left this project. 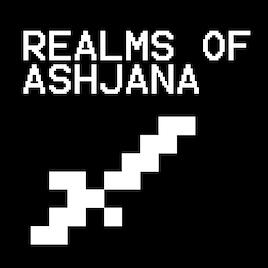 At a glance: Reorganized previous writing and wrote new material in the existing style of the game

Realms of Ashjana is a text-based open-world adventure in the style of games like Zork. The game takes place in a virtual world whose true nature is not immediately revealed to the player. The project previously had a different writer, so my job was to organize their concepts and plot into something more straightforward. The general plot outline and several major characters already existed; I fleshed everything out further, writing significant lore bible content and reorganizing the story with the consent of the programmer.

In addition to main quests, I developed new minor NPCs, wrote side quests and all associated dialogue, and developed non-VO codex pieces, such as journals scattered around the first world that act as bits of environmental storytelling. As the game has almost no art or maps, everything must be told through dialogue and codex text.

I have left this project.

How Video Games’ Open Worlds, Natural Spaces and Exploration Brought Me Solace During the Pandemic - GameSpew
Accepted as a pitch

Streamers Are Not Your Therapists - Ritual Motion